By Katherine BeaudryJuly 15, 2022No Comments 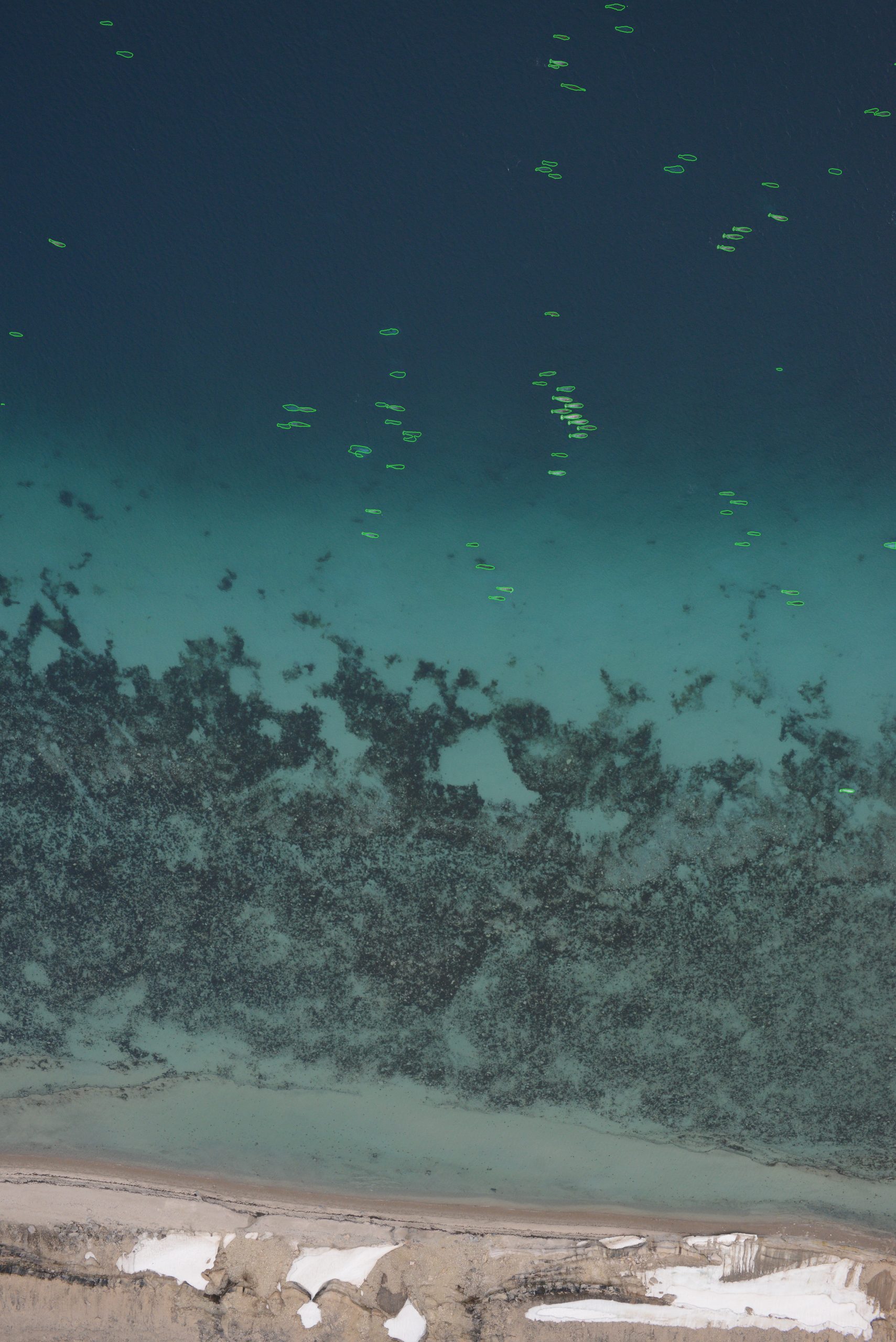 Flots is pleased to interview Emily Charry Tissier, the CEO of Whale Seeker. The Montreal-based startup – a participant in Flots pro marine acceleration program from Novarium – bridges the gap between profitability and sustainability. Founded in 2018 by Emily, who is a biologist, developer Antoine Gagné-Turcotte and biologist Bertrand Charry, the company aims to make whale detection as fast, easy, accurate and affordable as possible for its core customers: companies, organizations and sectors in environmental consulting, energy, shipping, conservation and government. Their objective is to help with whale conservation while minimizing its impact on the fishing industry. To do this, they provide actionable data for decision makers. This means knowing the exact location of the whales so that mitigation measures are as successful as possible to avoid collisions and disturbances caused by human activity at sea. As a logical extension of this mission, the Whale Seeker team is also working to democratize ethical artificial intelligence (AI). “What we create is important but how we create it is equally important,” says the CEO. A Certified B Corp, the company has achieved the highest audited standards for social and environmental performance, transparency and accountability. 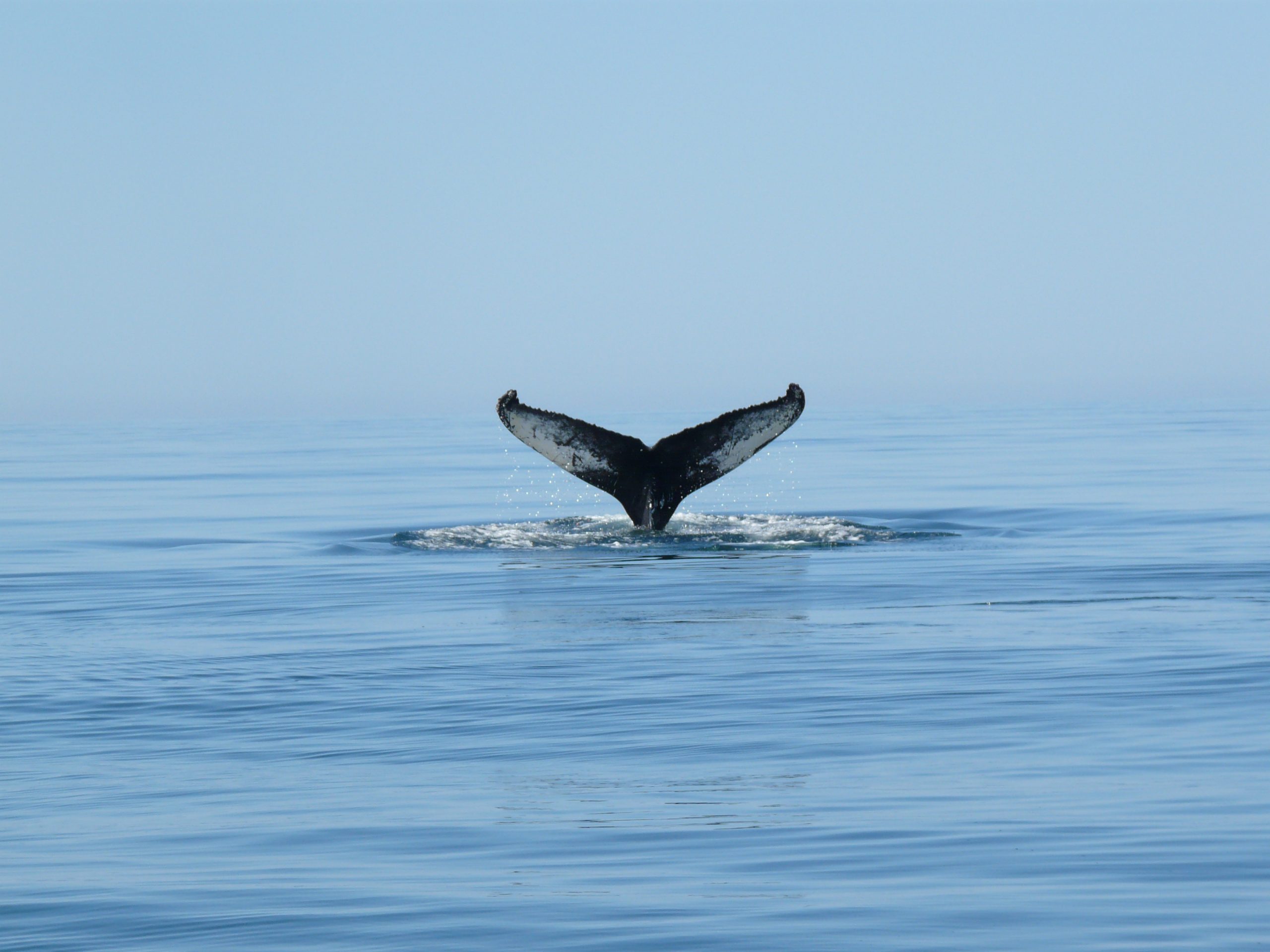 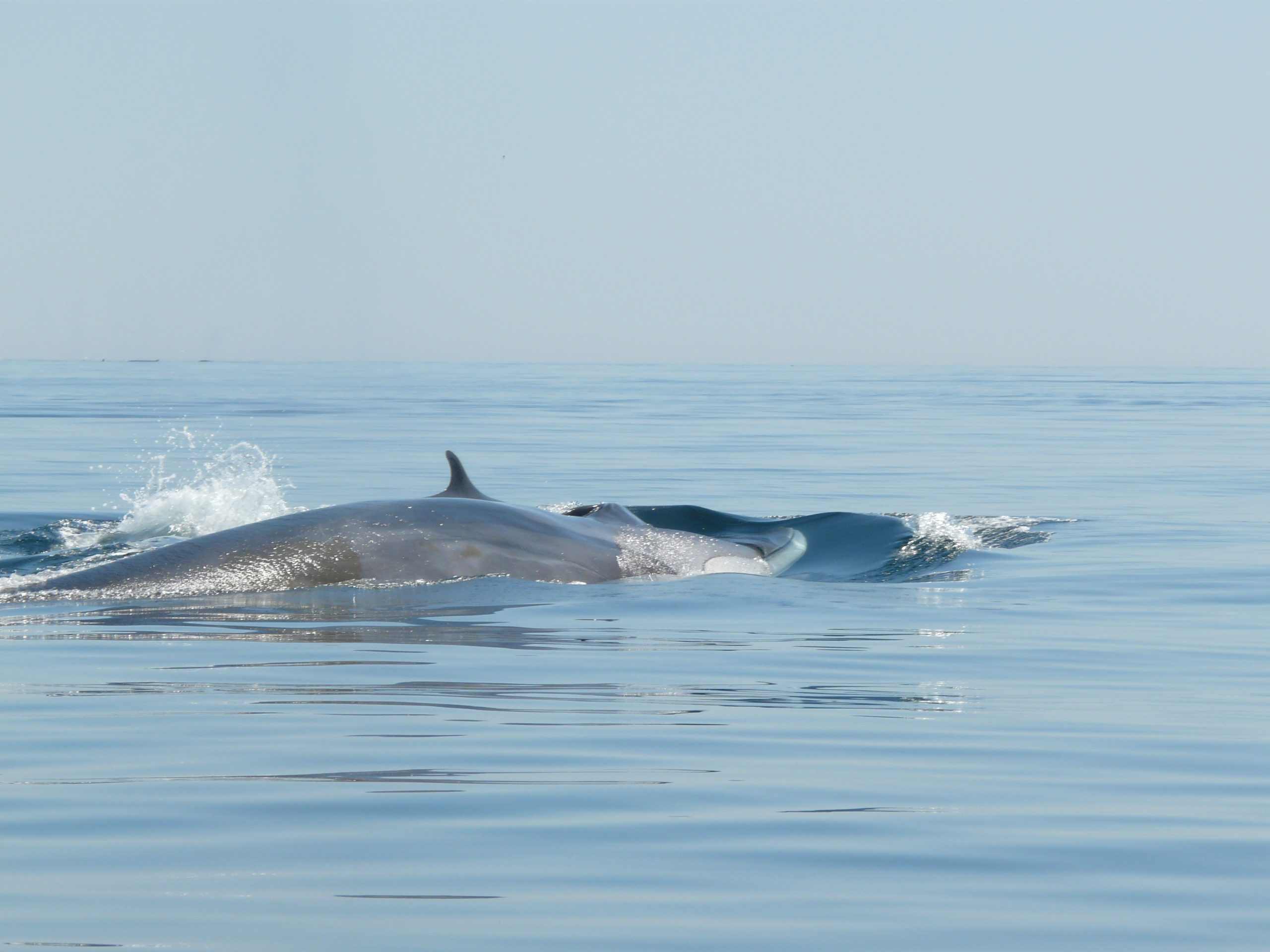 From biologists to innovators

“It all started with Bertrand’s master’s project for the World Wildlife Fund (WWF-Canada), which wanted a better understanding of narwhal habitat in the protected zone of Lancaster Sound, in Nunavut Territory, using aerial imagery.” For Emily, it was an opportunity to work with her partner on a scientific project close to her heart – one she didn’t realize at the time would spark an entrepreneurial flame. Their research aimed to create protocols that would help analyze whale behaviours by observing how they are positioned in an image.

“We can get so much more out of a photo than just the number of whales in it, including better understanding of demographics, male to female ratios, births, population health, etcetera.” Bertrand and Emily analyzed more than 6,000 images, one at a time. “Five years ago, that was a lot, knowing that it can take anywhere from three minutes to an hour for each photo, especially if you see several whales and depending on the state of the sea. Today, it’s a small number for us.” 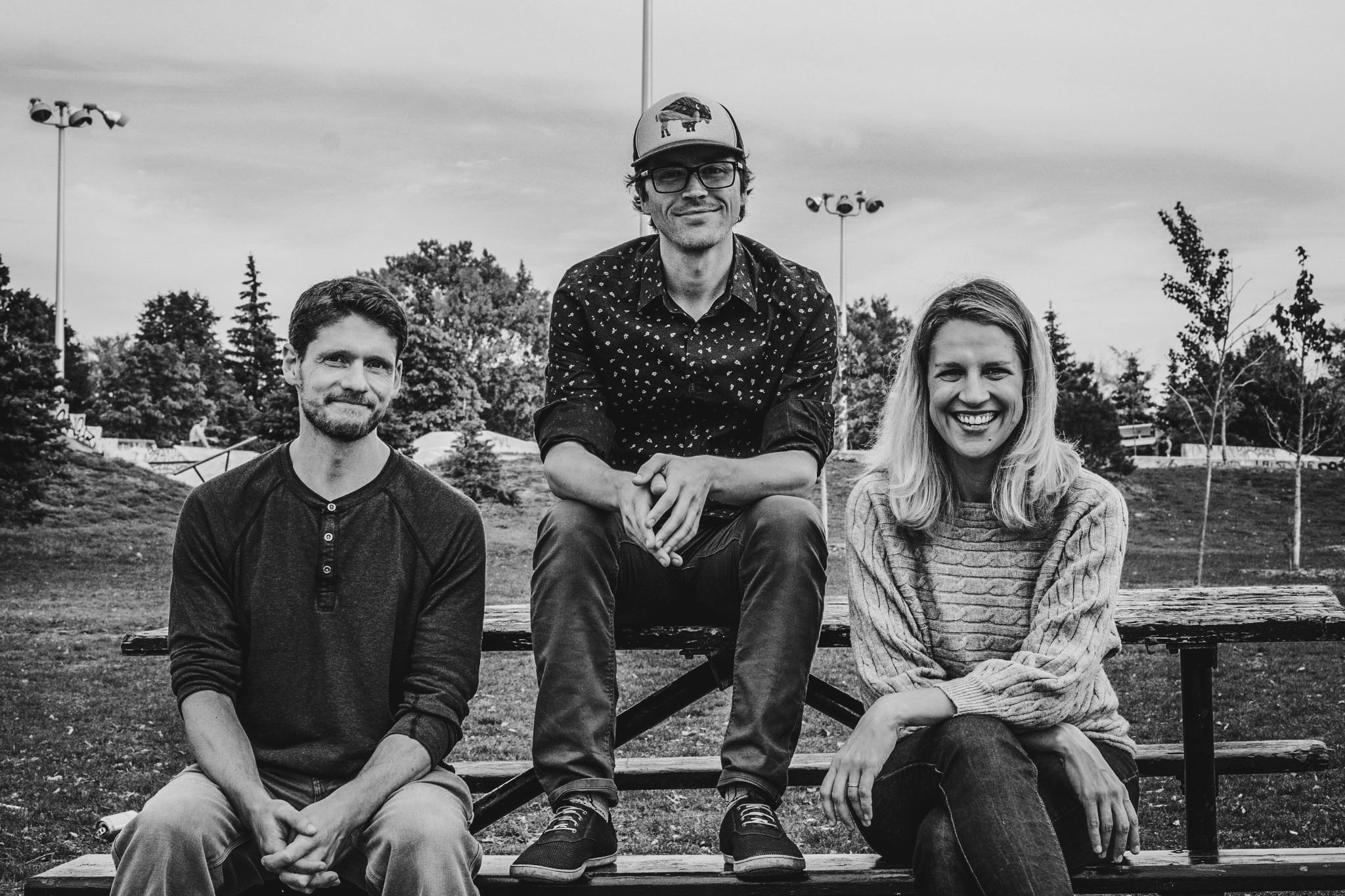 Despite their rigor, the researchers admit they were not immune to human bias and the uncertainty of some images when doing everything by hand. “How do you compare results and make an informed decision if the observers change from year to year? It was frustrating, since I am passionate about data accuracy, so I turned to AI to resolve our little contract.” At the time, the only solutions Emily could come up with were inaccessible and overpriced. “It took so much energy to find the right person who could provide us with the right technology, so I thought, why not do it ourselves and make it more accessible?”

And that is how Whale Seeker was born.

The only thing left was to find someone with AI savvy who wanted to join them. “I found Antoine at the dog park near my house. The right person was in my neighbourhood! As we talked with him, we realized we had a perfect match. He is now our third founder and director of technologies.” Today, the team is made up of biologists, ecologists, data scientists, software developers and AI specialists, who work together in a multi-disciplinary way to improve the AI and provide better whale detection data.

Since governmental and regulatory agencies are held to ever-stricter legislation that requires operators and shipping industries to monitor and minimize their impacts on marine ecosystems, the creation of Whale Seeker arrived at the right moment. In fact, management for activities like shipping, marine energy, mining, coastal development, conservation and research must report and take into account marine mammals in their areas of operation to comply with regulations, permit requirements or to meet internal sustainability goals.

“Protecting and restoring global whale populations is an essential element of maintaining and operating Blue Carbon systems, since a single whale captures the same amount of carbon as thousands of trees and plays an essential role in the carbon sequestration cycles of the oceans. Yet, the current whale populations represent a fraction of the population numbers historically, and face major and growing threats from maritime activity.” Emily saw the urgency of reducing human-caused whale mortalities but, without readily available data on their presence, offshore operators and marine protected area managers could not reasonably make decisions to reduce negative impacts on marine biodiversity. 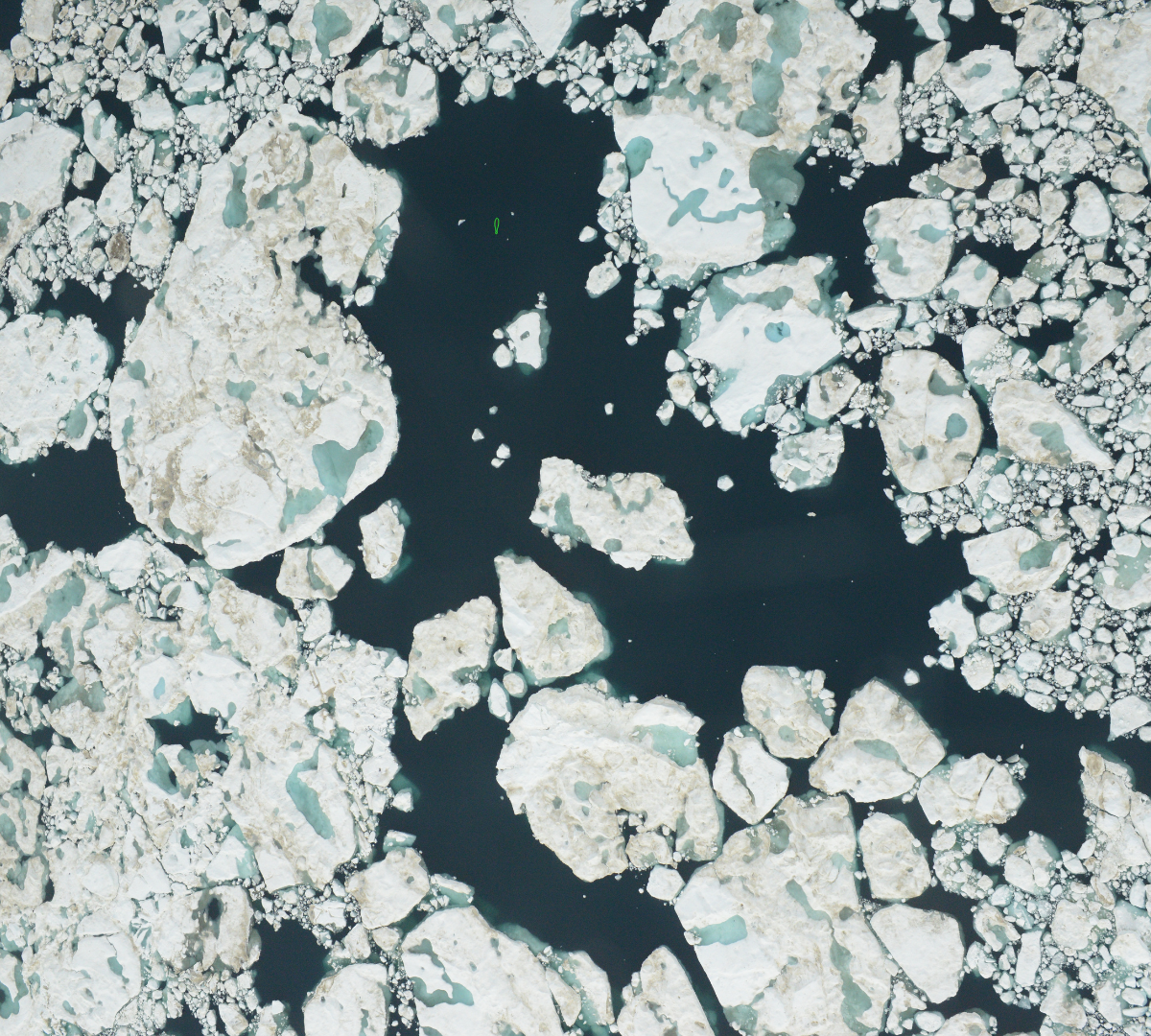 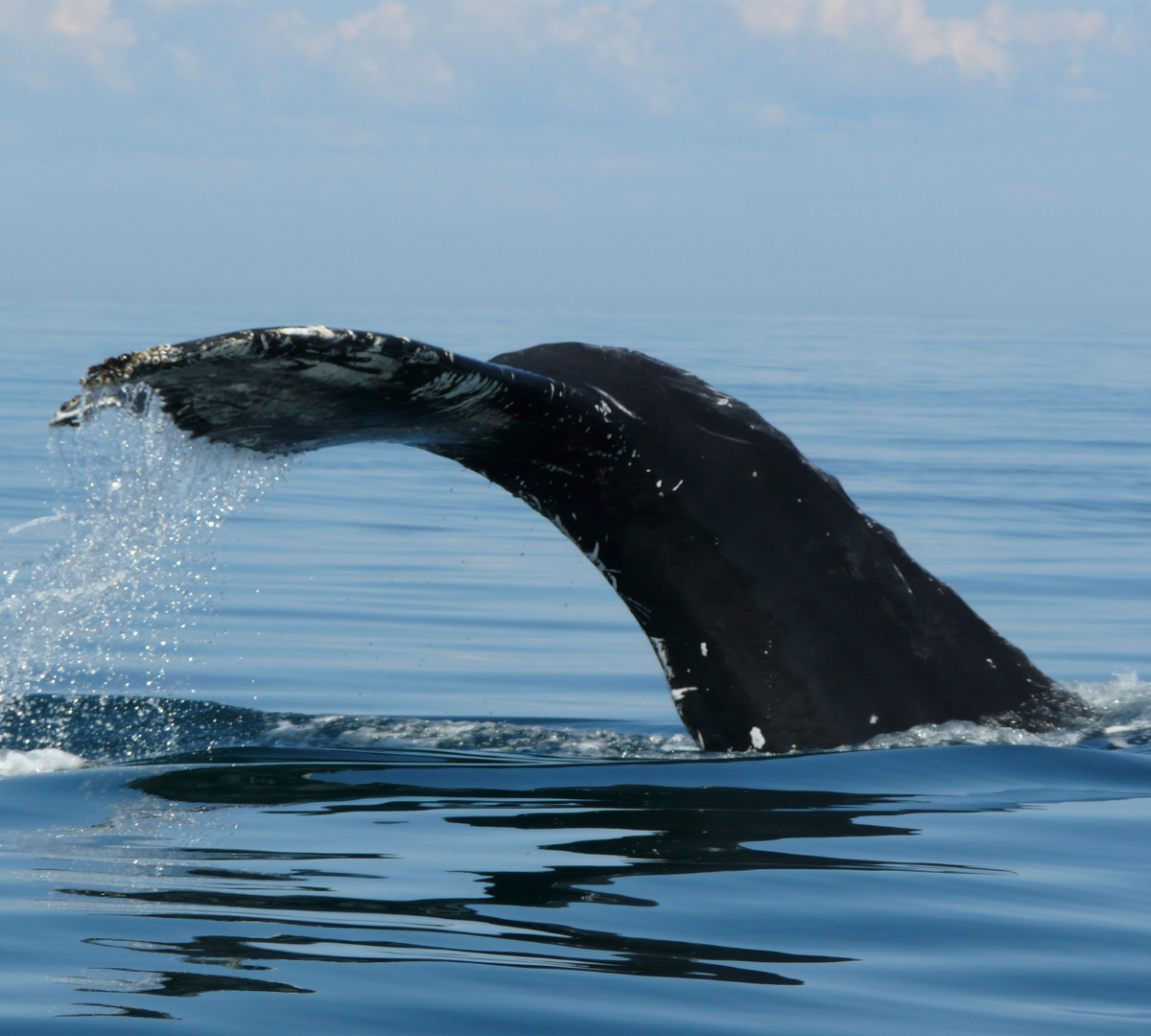 “The environmental managers already had their way of collecting their images, notably with their own airplanes. They didn’t need to be micromanaged, nor helped to interpret the data since they are experts, after all. But they did need to find a reliable and fast way to annotate the images. So we focused on that.”

Whale Seeker offers human expertise and proprietary AI technology to provide high-quality data reports that facilitate marine mammal detection. “Our clients retain ownership of their images, they will never be shared elsewhere, but they give us the right to add them to the algorithm, which in turn gets better and better. In the end, everyone benefits.”

According to Emily, AI alone is not much use if it’s not accessible and helpful to the user, who can, in turn, perform filtering and selection tasks. “You can’t just give the algorithm code, you have to interact with the AI,” she says. In traditional AI pipelines, humans transfer their expertise to the algorithm in the form of training data – and then their job is done. But what if the algorithm learns what it can from the data but still can’t solve some of the more delicate “edge cases”? What if a ripple in the water or a piece of ice looks like a whale, or vice versa?

That’s where the human interaction and intervention systems that Whale Seeker creates comes in. Like Möbius, their tool to analyze aerial images with human intervention. Like its namesake, the one-sided Möbius ribbon appears to have two sides, integrating human and machine judgments into a single tool, allowing for huge efficiency gains without sacrificing reliability. Experts actively participate by constantly refining the annotated data. They detect errors by examining “edge cases” that the algorithm is least confident with, reinforcing the algorithm’s future performance, since the expert’s decision is used to re-train the model. 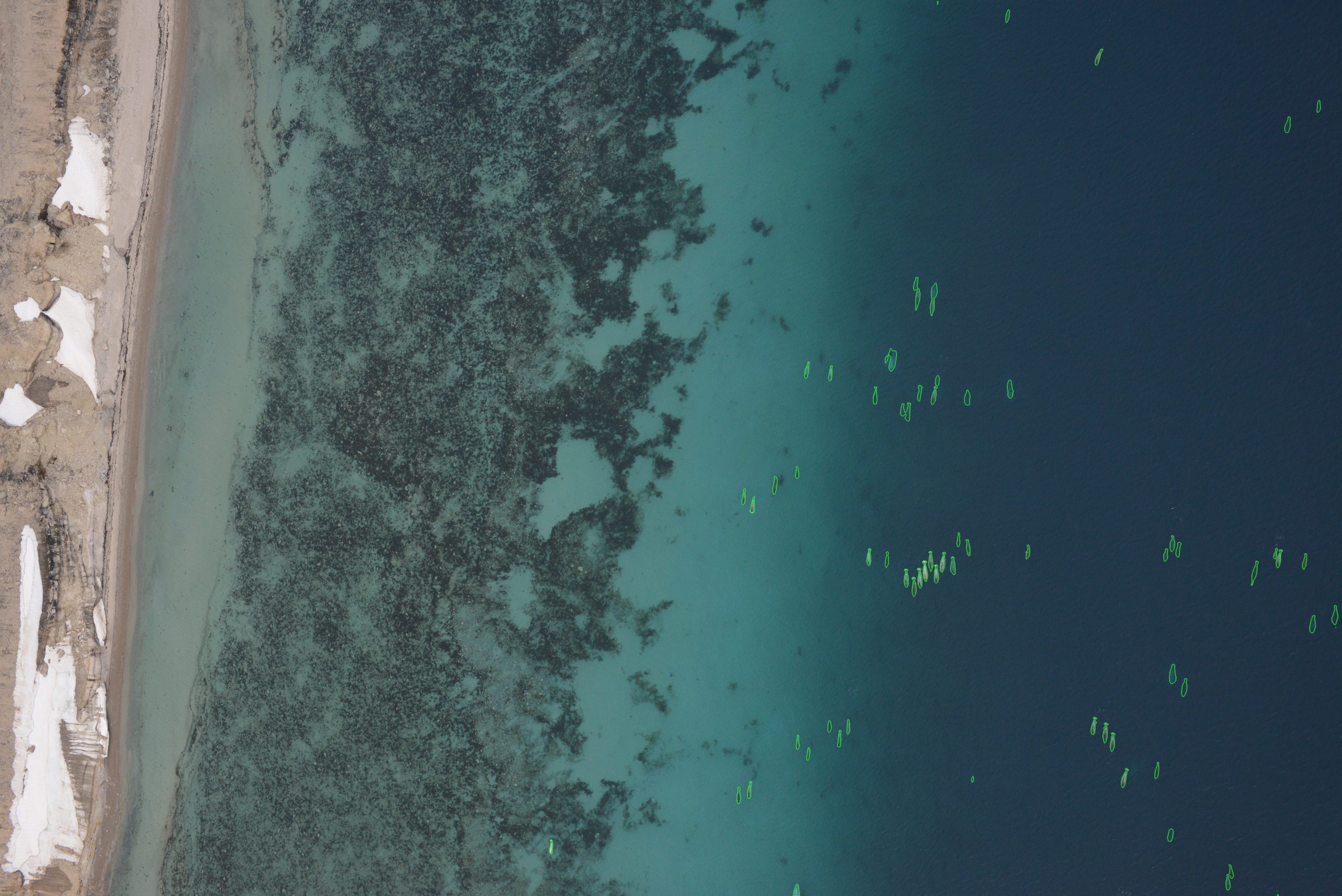 Democratizing the ethical use of AI

According to Emily, the way that AI is developed is as important as what it is used for. “AI is a powerful tool that can be used for good, however it is incumbent on each company to ensure that their AI is used in an ethical manner.”

Whale Seeker adheres to the Montreal Declaration for the Responsible Development of Artificial Intelligence. This declaration proposes an ethical framework for the development and deployment of AI to achieve inclusive, equitable and environmentally sustainable development. “Concretely, we truly want to raise the standard on how to use technologies for marine mammals but also to raise the ethical standards of AI in general.” Too often, Emily finds, the cheapest solution wins and the people hired to annotate the images are underpaid. She believes it’s important to get the message out: “we need to tell people to ask AI providers how their data is harvested, who is harvesting it, and how much they are getting paid.”

Emily intends to position herself in a way that signals the importance of real ethics in tech ecosystems. It is not uncommon to see companies mention that their AI is ethical, but how do we know for sure? For the biologist-entrepreneur, ethical AI cannot be more ethical than the people who create it. One does not go without the other. Whale Seeker intends to differentiate itself with its scientific and ethical rigor. In full expansion mode, the company is currently developing a real-time whale detection solution using infrared images, which will hopefully prevent whale collisions. The team hopes not only to have the best impact on the protection of marine mammals but also less impact on the sustainable fishing industry on an international scale.

At the same time, the co-founders are starting the Flots pro program, notably to evaluate the growing market and its segmentation. Whale Seeker is looking for larger-scale investors and wants to expand their business development team. On a more personal note, the founding couple intends to move to Rimouski, where a head office is likely to be located.

We welcome them to the hub of Quebec’s Blue Economy! 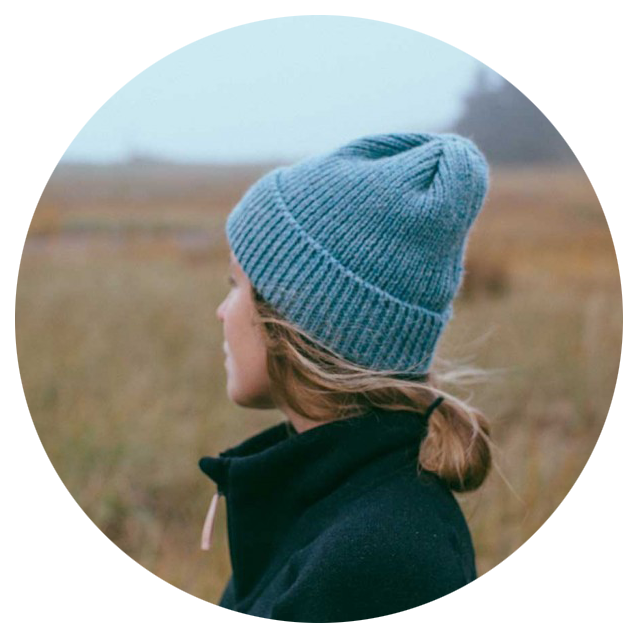 Creative director, writer and freelance photographer, Catherine Bernier also has a degree in counseling psychology. Whether she is in Sainte-Flavie, Gaspésie (her home town) or Nova Scotia (her adopted province), she cultivates a special bond with the ocean and wilderness. The influence of natural and cultural landscape on human trajectories remains at the heart of her interests. Through photography, she enters into a relationship with others – sometimes those forgotten by society – to highlight the singularity of their lives, like a living work shaped by time.